THE GIRL FROM 7TH AVENUE – PAT CLEVELAND & THE RUNWAY REVOLUTION 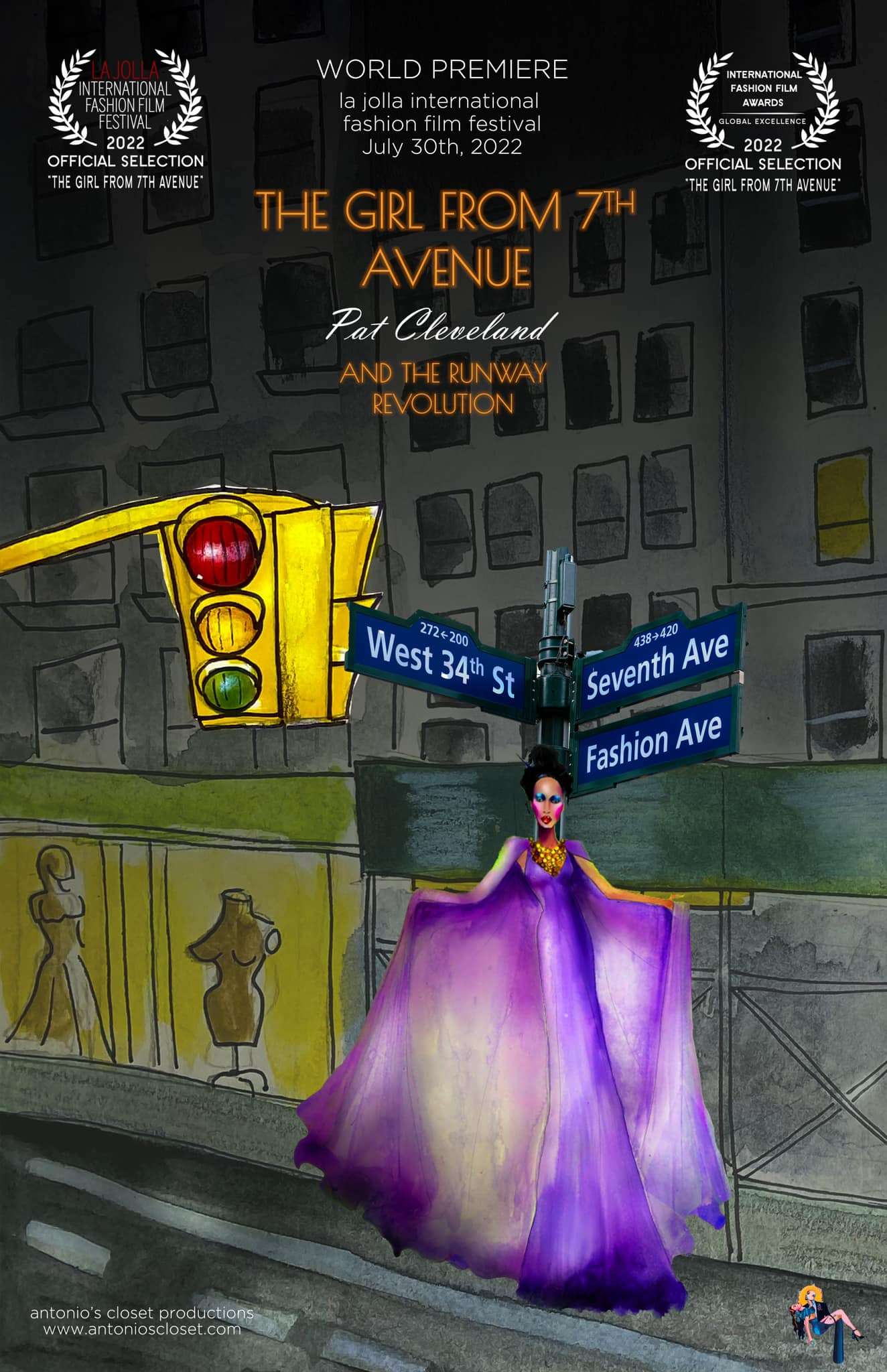 Pat partied with Andy Warhol, lived with Karl Lagerfeld, inspired Salvador Dalí, refused Muhammed Ali’s proposal, and took on the fashion industry for not representing black models on the cover of magazines and on the runway in the early 70s… @Pat Cleveland, the first black supermodel, tells her story, in her own words, in this illustrated documentary “The Girl From 7th Avenue” – Pat Cleveland and the Runway Revolution.

With more than 2,000 hand-painted watercolors by Antonio Contreras, songs performed by Pat Cleveland,  and music by Maurice Lynch and music by One A (aka Gehno Aviance), this documentary is currently the buzz on the fashion runways worldwide. World premiere this July 30th at the La Jolla International Fashion Film Festival. The European premiere will be held in December in Paris at Diane Pernet’s A Shaded View on Fashion Film Festival. 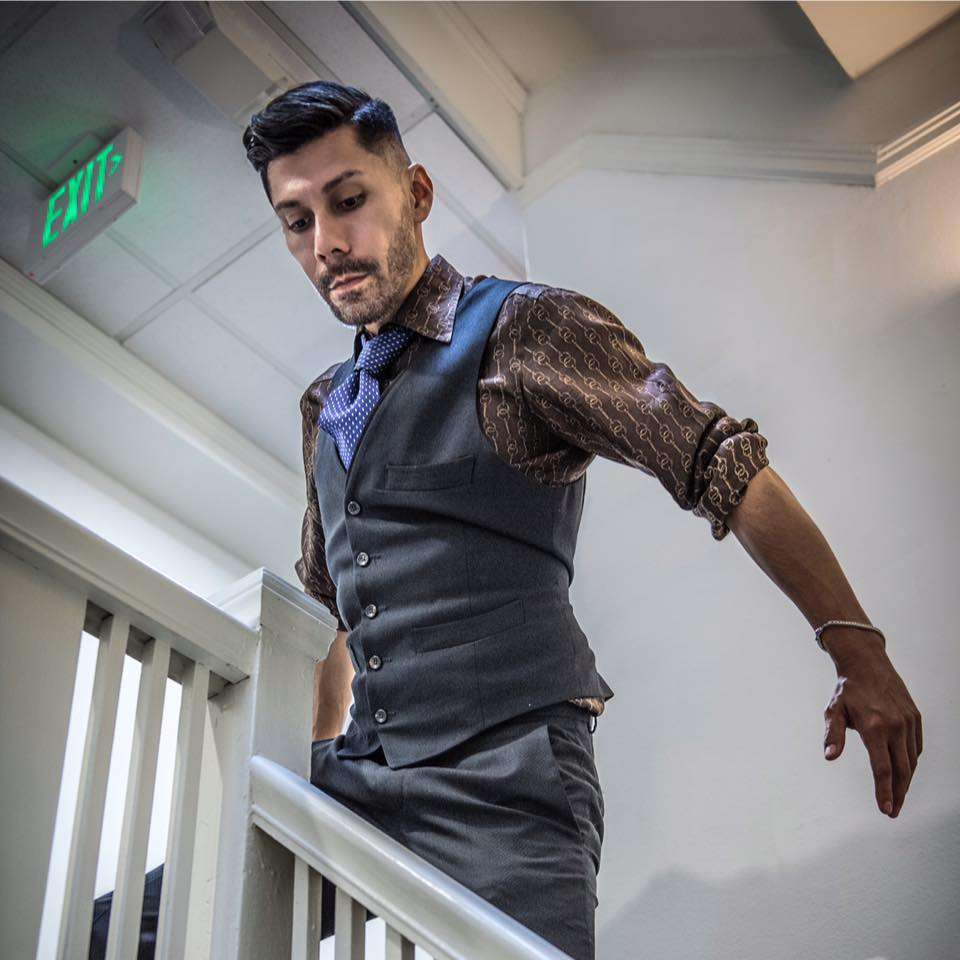 Antonio is an experienced professional with a demonstrated history of working in the performing arts industry. Skilled in Acting, Art Direction, Fashion Styling, Art History, and Martial Arts. Strong professional with a Bachelor of Arts – BA focused in Art/Art Studies, General from Universidad La Salle, A.C. 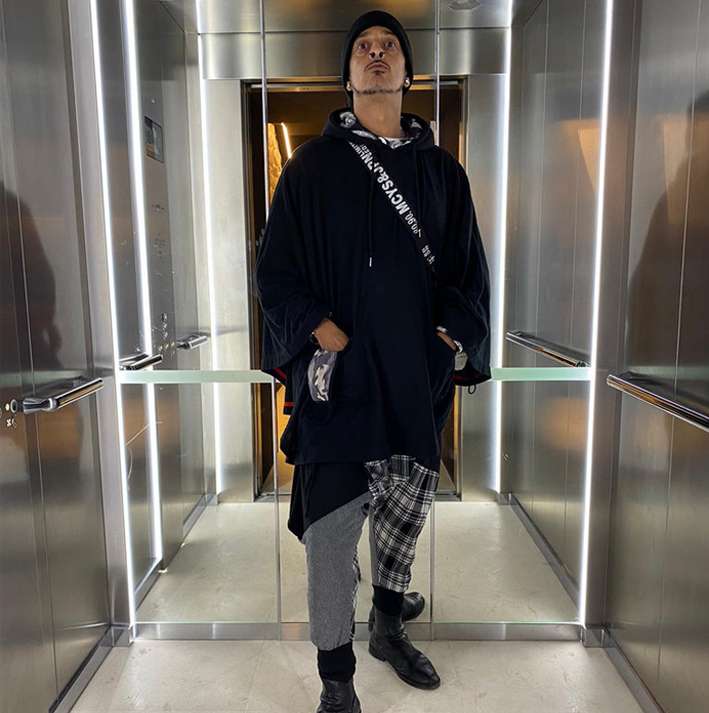 Part of the House of Aviance, Gehno has a background in music, graphic design, art and dance. In his earlier encarnations he was an art gallery owner, dancer, social media manager and casting agent. He has a passion for story-telling through color, sound, something which comes through in his work.

WE’D LOVE TO HEAR FROM YOU!

We use cookies on our website to give you the most relevant experience by remembering your preferences and repeat visits. By clicking “Accept”, you consent to the use of ALL the cookies.
Do not sell my personal information.
Cookie SettingsAccept
Manage consent

This website uses cookies to improve your experience while you navigate through the website. Out of these, the cookies that are categorized as necessary are stored on your browser as they are essential for the working of basic functionalities of the website. We also use third-party cookies that help us analyze and understand how you use this website. These cookies will be stored in your browser only with your consent. You also have the option to opt-out of these cookies. But opting out of some of these cookies may affect your browsing experience.
Necessary Always Enabled
Necessary cookies are absolutely essential for the website to function properly. These cookies ensure basic functionalities and security features of the website, anonymously.
Functional
Functional cookies help to perform certain functionalities like sharing the content of the website on social media platforms, collect feedbacks, and other third-party features.
Performance
Performance cookies are used to understand and analyze the key performance indexes of the website which helps in delivering a better user experience for the visitors.
Analytics
Analytical cookies are used to understand how visitors interact with the website. These cookies help provide information on metrics the number of visitors, bounce rate, traffic source, etc.
Advertisement
Advertisement cookies are used to provide visitors with relevant ads and marketing campaigns. These cookies track visitors across websites and collect information to provide customized ads.
Others
Other uncategorized cookies are those that are being analyzed and have not been classified into a category as yet.
SAVE & ACCEPT